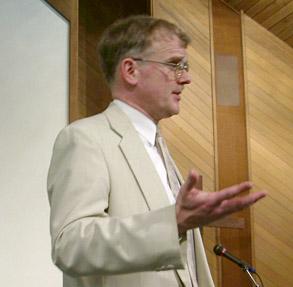 Tom Hoyle has a PhD in Christian Apologetics from California Graduate School of Theology, and is a full colonel in the United States Air Force Reserves.  Dr. Hoyle is the founder of the Bible and Science Ministries which is headquartered in Tacoma, WA, and has been actively involved in creation science missions for over 20 years.

He has spoken over 3400 times in almost 500 churches, schools, home schools, and conferences in 47 states and countries, and also broadcasts often via Christian radio and television.

Dr. Hoyle is committed to the absolute authority of God's Word, and to the crucial truth of Biblical creation. Consequently, his ministry is endorsed by numerous pastors, teachers, scientists, and laymen.